Using ancient traditional techniques and the finest quality ingredients imported right from the island nation; Wakai gives new meaning to its lingual translation. Like they say, this is wholesome Japanese food, at its epicurean best. 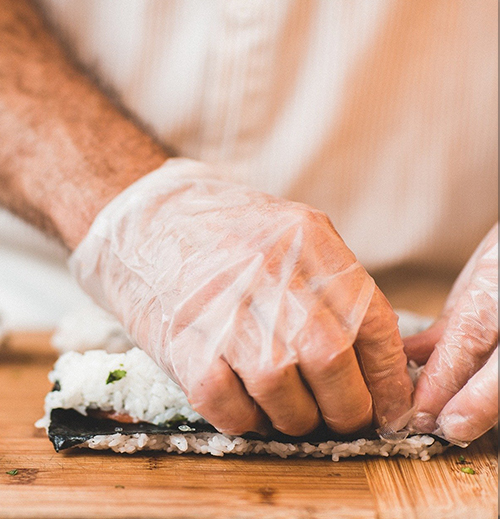 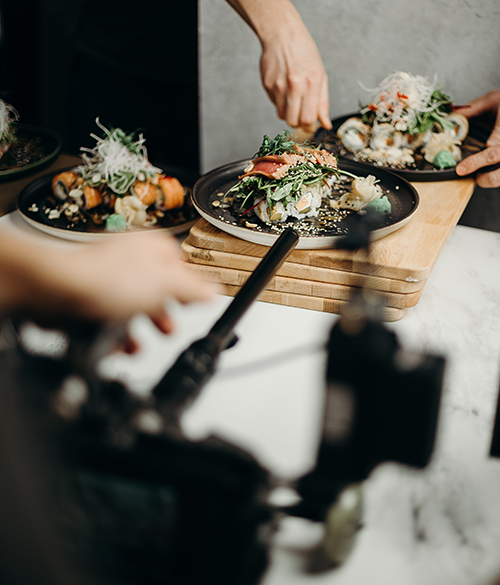 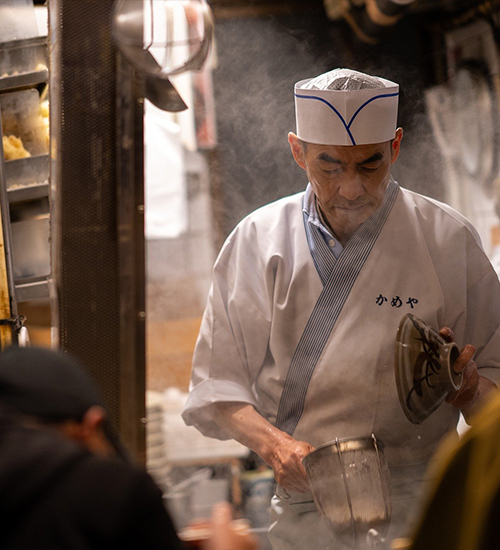 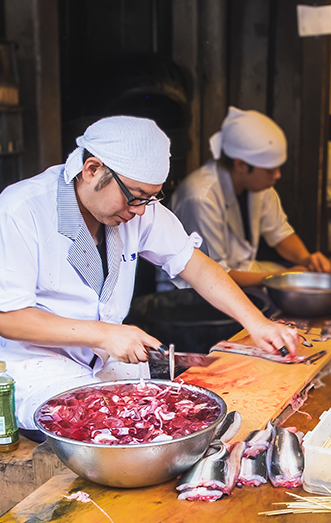 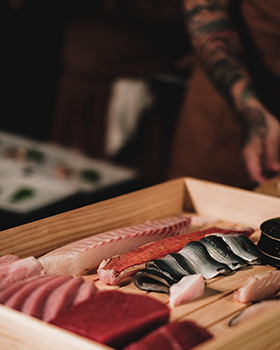 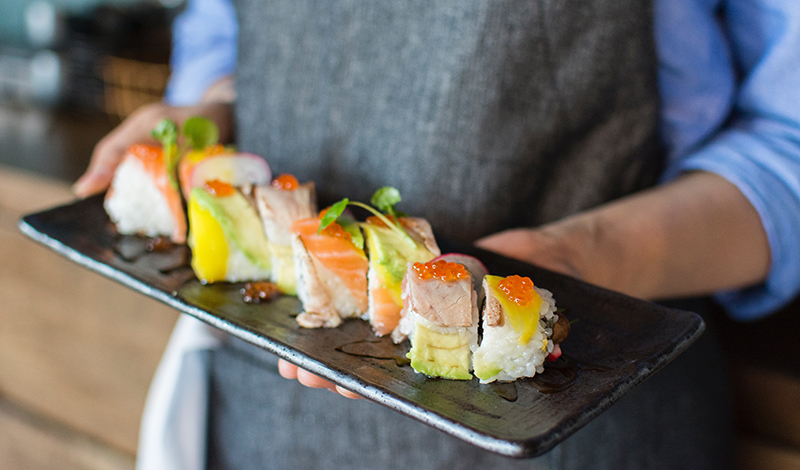 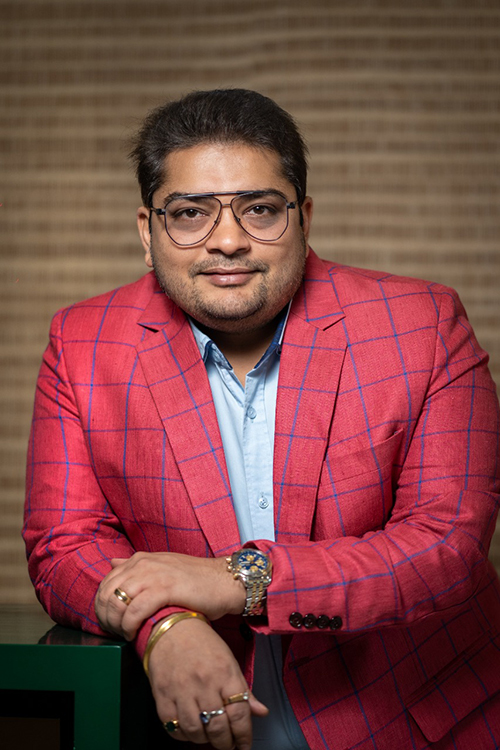 Shardul Bayas Singh is an entrepreneur with varied interests. From having a strong footing in the Fin-Tech and Advertising segment, he is growing his portfolio as a restaurateur this year.

Shardul Bayas Singh is an entrepreneur with varied interests. From having a strong footing in the Fin-Tech and Advertising segment, he is growing his portfolio as a restaurateur this year.

After launching and successfully running his first restaurant, Nawab Asia, in 2003 in Pune, October 2021, he begins his fine dine journey in Mumbai with Wakai. The high-end restaurant offers authentic Japanese cuisine in a premium speakeasy ambiance.

“An entrepreneur may work in many fields but he always has his passion hooked on one particular trade. Hospitality is that for me,” he says.

A sharp business sense and an ardent appreciator of Japanese cuisine, he identified a void in options for good Japanese restaurants in Mumbai. “Audiences have learnt to appreciate its nuanced flavours and ingredients over the years. Wakai, which means young and fresh, has been created to offer a superlative setting for diners to come out and celebrate,” says Shardul.

Shardul believes a restaurant is a balanced combination of quality flavours, aesthetic design and impeccable service. The art, he says, lies is in creating a concept that comes together to form an elevated, high-end experience for the guest. “Today, going to a restaurant is not just about eating a meal. Wakai will impress diners with an experience they will want to savour more than once,” says Shardul.

The brand logo, a rising sun, is created in circular brush strokes known as ensō. It also stands for circle of togetherness, drawn in a single stroke in meditative practices. A sliced tuna has been represented in the central circle. It has gold in its veins to represent Kintsugi, the Japanese art of enhancing broken pieces of pottery. “Wakai philosophy is to rise above and push the envelope for the cuisine in India,” says Shardul.

The entrepreneur already has two more restaurants planned for the city. In the next two years, he will venture into two other cities. “The hospitality industry has seen its tough days in the pandemic but it has also paved way for a new way of dining out. We want to be spear headers who fill the void of experiential and quality-driven dining in India with our unique offerings.” 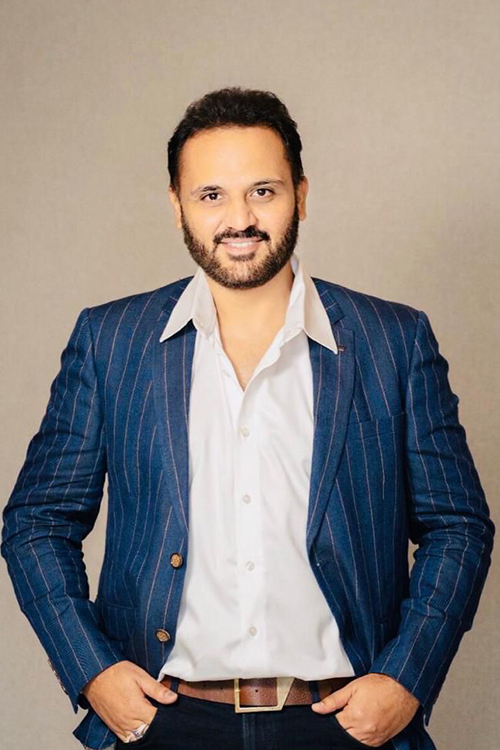 A fitness enthusiast with a zest for the GOOD LIFE

Mr. Sameer Tirani is a senior banker with over two decades of experience in liabilities and asset businesses, strategic planning and implementation coupled with expertise in setting up systems and sales processes.

Mr. Sameer Tirani is a senior banker with over two decades of experience in liabilities and asset businesses, strategic planning and implementation coupled with expertise in setting up systems and sales processes. He currently heads business for one of the leading portfolio management companies, Alchemy Capital Management since the past 12 years. Before joining Alchemy in 2009, he has held key roles within the Mass Affluent and Private Client segment. He has previously worked with Citibank, Standard Chartered and ABN Amro .

A fitness enthusiast with a zest for the GOOD LIFE, Sameer is a strong propagator for the health of the mind and being.

As a Partner with Wakai he will guide and mentor the operational processes to get efficiencies in the business to scale Wakai domestically as well as in the international arena. 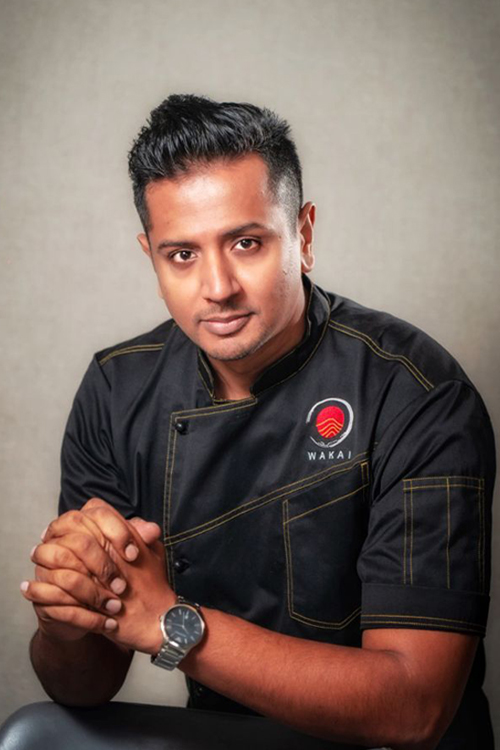 The core of Japanese cooking is harmony in every detail. Tasting notes of bitter (nigai), sour (suppai), salty (siakaray), sweet (amai), spicy (punish) are used to craft a balanced melody on the palate.

The core of Japanese cooking is harmony in every detail. Tasting notes of bitter (nigai), sour (suppai), salty (siakaray), sweet (amai), spicy (punish) are used to craft a balanced melody on the palate.

In 2007, after having trained in Lebanese, European and Chinese kitchens, the opportunity to work alongside the world’s best Japanese chef Masaharu Morimoto for Taj Mahal Palace Hotel Mumbai’s Wasabi by Morimoto scooped Chef Parvez Khan into the world of a cuisine.

It gave him the trampoline to master his skills in a cuisine that is known for its disciplined art of cooking. “The cuisine chose me,” Chef Parvez believes. He spent years training in Japan and also cooking alongside Morimoto and his international team of chefs. His journey began as Chef de Partie and ended as the head chef in 2021. During this time, he was part of a team that earned the restaurant accolades like the San Pelligrino, Times Food Award as well as the Conde Nast award year after year.

After over 15 years at Wasabi, he is ready to dish out Wakai, a fresh and young take on a cuisine that has strongly intrigued Indian palates and found a dedicated following.

Chef Parvez uses creative imagination to represent the technical nuances of Japanese cuisine and peppers it with his contemporary expertise. He creates his version of the cuisine that stands out on the Asian map to the globally well-travelled guest.

Chef Parvez balances the outcome with an experienced precision bringing all his training in French, Asian, European and modern cuisine to the Wakai canvas.

You’ll see it in his classic Black Cod Miso and sushi rolls, contemporary cold appetizer seafood cornettos and the offbeat dessert of coconut tortino. Wakai, he says, is a unique presentation that uses reliable raw and seafood ingredients flown in from source and uplifts it with local and fresh produce of India.

The Wakai kitchen will whip out grills from the robata, an array of sushi and tempura delights. In the pipeline is a traditional Teppanyaki setting that he compares to a live theatre of consuming a meal.

“Our food at Wakai comes together to offer the fifth sense of Japanese cuisine – the umami. We reimagine in our exclusive signature style,” Chef Parvez says.